The cyberthreat landscape has evolved over time, and 2017 saw an increase in attacks over the 90 million intrusions recorded in 2016. While threats such as ransomware are not new, this year saw a major paradigm shift in which malicious actors aimed to disrupt services as much as they sought monetary gains. Similarly, attacks against critical infrastructure built upon similar incidents from previous years to reach new heights, while incident reporting gaps emerged between businesses located in different geographies.

Meltdown and Spectre patches: Where to start and what to expect 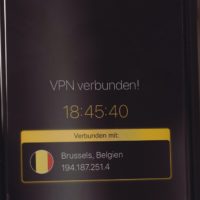