New York City is one of those places that people from around the globe make a pilgrimage to see. During the holiday season, Radio City Music Hall and the tree at Rockefeller Center are traditions that many families do annually. Similarly, Madison Square Garden is a beacon for fans of sports and concerts.

Unfortunately, the popularity of some of these venues caught the eyes of some grinching hackers. Earlier this week, the owners of Madison Square Garden, Radio City Music Hall and the Beacon Theater announced that they were the victims of a data breach. 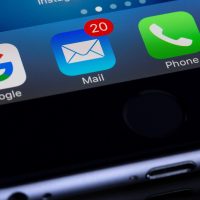