Rhee Cheol-Hee, a lawmaker for the ruling Democratic party, said the hackers had broken into the South’s military network last September and gained access to 235 gigabytes of sensitive data, the Chosun Ilbo daily reported.

Innovation, Collaboration and Security Awareness: What We’re Grateful for This Thanksgiving 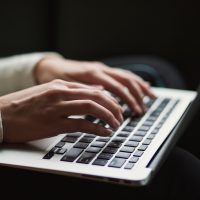 Focusing on the Fundamentals of Network Security