Jolted by a sweeping hack that may have revealed government and corporate secrets to Russia, U.S. officials are scrambling to reinforce the nation’s cyber defenses and recognizing that an agency created two years ago to protect America’s networks and infrastructure lacks the money, tools and authority to counter such sophisticated threats.

The breach, which hijacked widely used software from Texas-based SolarWinds Inc., has exposed the profound vulnerability of civilian government networks and the limitations of efforts to detect threats.

It’s also likely to unleash a wave of spending on technology modernization and cybersecurity.

The global decline of cybersecurity confidence

Zones of Trust: A New Way of Thinking about IoT Security 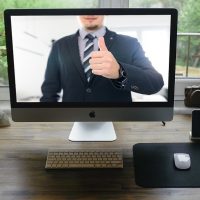 Work from home, work from anywhere: Are you secure everywhere?

The year ransomware became one of the top threats to enterprises