Microsoft has released a total of 18 security bulletins to address tens of vulnerabilities, including more than a dozen that have already been publicly disclosed or exploited in attacks.

The March 2017 updates also include the patches that should have been released last month. Microsoft postponed most of the February security updates – except the updates that fixed Flash Player flaws – due to an unspecified “last minute issue.” 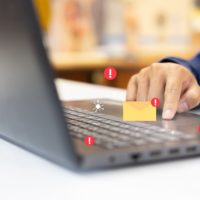 Flaw in Microsoft OME Could Lead to Leakage of Encrypted Data