With 99 percent of America’s votes counted by computers, security experts agree that our elections remain extremely vulnerable for a cyberattack. Fourteen states are still using fragile voting equipment consisting of digital endpoints that travel from storage to polling places. With some voting machines being so old that officials can’t even tell if they’ve been compromised or are susceptible to an attack, it’s beyond time for us to have confidence in election outcomes and correct results if problems are discovered.

In addition to age, many voting machines are touchscreen and paperless, a weakness that could allow hackers to rig U.S. elections without detection. More than a dozen states are vulnerable for the same reason, and this won’t change until machines produce physical copies of ballots for auditing to verify accurate vote counts. At the moment, there is no secondary way to audit votes and a paper trail is a straightforward solution to what has become a big problem. 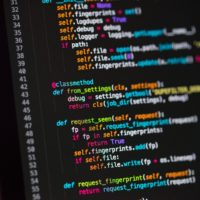 Why Vulnerable Code Is Shipped Knowingly

How to make sure your data doesn’t crash and burn

Trust is at a tipping point: Consumers will react strongly if they feel their privacy is compromised