The Delta-Montrose Electric Association (DMEA) is a member-owned and locally controlled rural electric cooperative that serves more than 34,000 customers in Colorado’s Montrose, Delta, and Gunnison counties. It is part of Touchstone Energy Cooperatives, a cooperative federation that has over 750 members across the United States.

DMEA last week revealed that it had discovered a breach of its internal network on November 7. The hacker attack resulted in disruption to phone, email, billing, and customer account systems, as well as documents, spreadsheets, and forms getting “corrupted.”

DMEA’s CEO told local news outlets that the cyberattack led to 90% of internal controls and systems becoming corrupted, broken or disabled, and claimed that a majority of historical data dating back more than 20 years was lost.

The Necurs Botnet: A Pandora’s Box of Malicious Spam 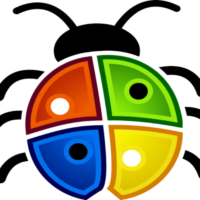