The volume and complexity of DDoS attacks continued to grow in Europe during the final quarter of 2018, according to Link11. While Link11’s Security Operations Center (LSOC) registered 13,910 attacks in Q4 (12.7% down compared to Q3), the average attack volume grew by 8.7% to 5Gbps, and 59% of attacks used multiple attack vectors. 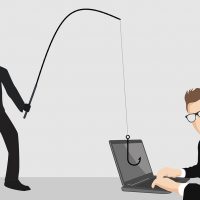 Phishing is a billion-dollar global industry, consumers are the main target