Engineers at South Korea’s SK Telecom have developed a tiny chip that could help secure communications on a myriad of portable electronics and IOT devices.

The chip is just 5 millimeters square — smaller than a fingernail — and is capable of generating mathematically provable random numbers. Such numbers are the basis for highly-secure encryption systems and producing them in such a small package hasn’t been possible until now.

BrandPost: Countering the risks of cyberattacks posed by mobile apps 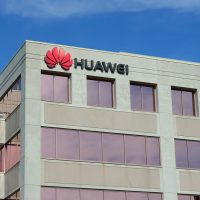