Purported CIA documents leaked Tuesday appear to confirm that the U.S. National Security Agency and one of CIA’s own divisions were responsible for the malware tools and operations attributed to a group that security researchers have dubbed the Equation.

The Equation’s cyberespionage activities were documented in February 2015 by researchers from antivirus vendor Kaspersky Lab. It is widely considered to be the most advanced cyberespionage group in the world based on the sophistication of its tools and the length of its operations, some possibly dating as far back as 1996. 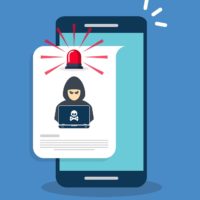