Bug bounty programs and a vulnerability disclosure policy have helped the U.S. Department of Defense patch thousands of security holes in its systems.

Nearly one year after it announced its vulnerability disclosure policy, the Pentagon received 2,837 valid bug reports from roughly 650 white hat hackers located in 50 countries around the world, according to HackerOne, the platform used by the organization to host its projects. 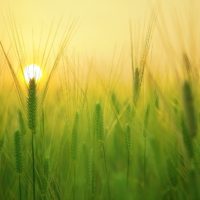 How Active Intrusion Detection Can Seek and Block Attacks

How to Achieve Ransomware Recovery — Without Paying Ransom