A hacker hijacked a police radio broadcast, posing as cop, causing the police to call off a car chase of alleged armed robbery suspects.

While the man and woman allegedly responsible for an attempted armed robbery in Australia are no Bonnie and Clyde, they had something the infamous outlaw couple didn’t … a little help from a hacker. An unknown hacker was credited with hijacking the Victoria Police emergency services radio network, impersonating an officer as he broadcast, which ultimately led to the cops calling off the chase.

User Behavior Analytics: Perfect for Analysis but Not Security

Tax season scaries: How to keep your data safe from insider threats 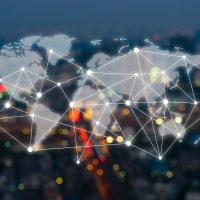 Consumers not willing to compromise when it comes to IoT security