With this funding, Silva and Chancellor will dedicate their work to improving kernel security, as well as to associated initiatives, so that the open source software project remains sustainable in the long run.

The pervasive Linux operating system, according to a recent report from the Linux Foundation’s Open Source Security Foundation (OpenSSF) and the Laboratory for Innovation Science at Harvard (LISH), needs additional work on security.

Linux had over 20,000 contributors and one million commits as of August 2020, and thousands of developers work on maintaining and improving its kernel.

Is Your Security Intelligence Solution Stuck in the Past? 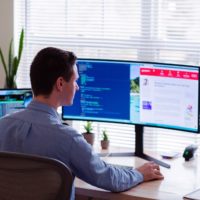 5 signs we’re finally getting our act together on security