A decade ago, mobile malware was considered a new and unlikely threat. Many mobile device users even considered themselves immune from such threats. Fast forward to 2017, and more than 1.5 million new incidents of mobile malware have been detected by McAfee Labs in the first quarter of the year alone – for a total of more than 16 million mobile malware incidents.

Today, mobile devices are coming under increasing attack – and no one is immune. Some 20 percent of companies surveyed by Dimensional Research for Check Point Software said their mobile devices have been breached. A quarter of respondents didn’t even know whether they’ve experienced an attack. Nearly all (94 percent) expected the frequency of mobile attacks to increase, and 79 percent acknowledged that it’s becoming more difficult to secure mobile devices. 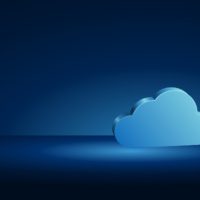 Traveling on business? Beware of targeted spying on mobile

Mobile subscriber identity numbers can be exposed over Wi-Fi