FBI director James Comey has suggested that an international agreement between governments could ease fears about IT products with government-mandated backdoors, but privacy advocates are doubtful.

Speaking on Thursday, Comey suggested that the U.S. might work with other countries on a “framework” for creating legal access to encrypted tech devices.

How cybercriminals attack homes, and how to stop them

Week in review: macOS security, Segway vulns, and the SOC of the future 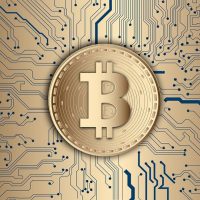 Cryptocurrency crime losses more than double to $4.5 billion in 2019