Researchers at Palo Alto Networks have come across a 2007 variant of Babar, a piece of malware believed to have been developed by a French intelligence agency.

The activities of the cyber espionage group known as the Animal Farm came to light in March 2014, when a French publication released a series of slides from Edward Snowden. The slides belonged to Canada’s Communications Security Establishment (CSE) and they detailed an espionage campaign dubbed “Operation Snowglobe.”

How AI is stopping criminal hacking in real time 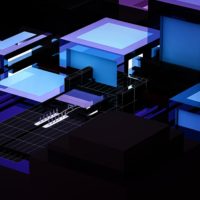