The creators of encrypted email service ProtonMail have set up a server that’s only accessible over the Tor anonymity network as a way to fight possible censorship attempts in some countries.

ProtonMail was created by computer engineers who met while working at the European Organization for Nuclear Research (CERN). The service provides end-to-end encrypted email through a web-based interface and mobile apps, but the encryption is performed on the client side, and the ProtonMail servers never have access to plaintext messages or encryption keys. 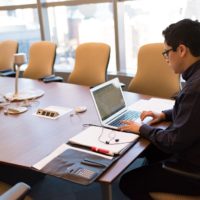