Cambridge Analytica claimed Tuesday it was “no Bond villain” as it vehemently denied exploiting Facebook users’ data for the election campaign of US President Donald Trump.

The marketing analytics firm stressed it had deleted data about Facebook users obtained in breach of the social network’s terms of service. 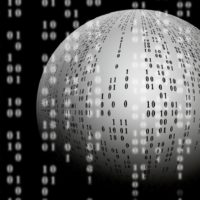 Europol Ordered to Delete Data Not Linked With Crime

Mapping the Journey to GDPR Compliance: Who’s got the wheel?

Consumers believe privacy is not possible, leading to a change in online behavior