An implementation bug has allowed someone to make a profit of more than $400,000 after creating roughly 370,000 units of the Zcoin cryptocurrency, users were told on Friday.

Zcoin (XZC), worth approximately $2 per unit, is an implementation of the Zerocoin protocol, which aims to provide fully anonymous currency transactions. Zerocoin has also been used to create a new protocol called Zerocash and the ZCash digital currency. 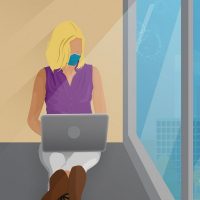 If you downloaded HandBrake for Mac, you could be infected with Proton RAT