A British man pleaded guilty last week in a German court to launching a cyberattack that resulted in more than one million customers of telecommunications provider Deutsche Telekom experiencing Internet disruptions.

German media has identified the 29-year-old man as “Peter Parker” and “Spiderman,” online monikers linked to domains used to coordinate some attacks powered by the notorious Mirai malware. He was also identified by Handelsblatt as Daniel K. 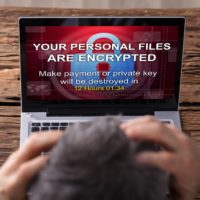 Doubts abound over US action on cybersecurity