By itself, social media might not constitute a cyberthreat but once again,  employees who ignore best practices around security are making it easy for scammers. It’s even been described as the perfect hunting ground for illegal activity.

Social media has also turned into a dandy reconnaissance tool that cybercriminals use to socially engineer their victims. When someone neglects their privacy settings or publicly posts personal notes and photos, they can leave cybercriminals free to use their information to launch targeted phishing emails containing malware links. 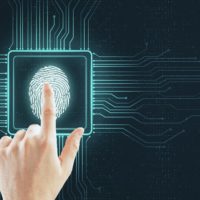