The Avalanche botnet – linked to many of the world’s most troublesome ransomware, RATs, and banking Trojans – has been dealt a critical blow in what Europol called today the “largest-ever use of sinkholing to combat botnet infrastructures.”

Five individuals were arrested and 800,000 domains seized, sinkholed, or blocked in an international takedown operation that began Wednesday.

Virtual Private Networks: Why Their Days Are Numbered 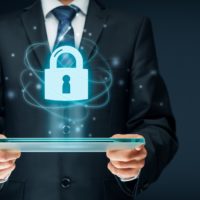 US Agencies Issue Guidance on Responding to DDoS Attacks