RiskIQ analyzed 120 mobile app stores and more than 2 billion daily scanned resources. In listing and analyzing the app stores hosting the most malicious mobile apps and the most prolific developers of malicious apps, their Q3 mobile threat landscape report documents an increase in blacklisted apps over Q2, as well as the continued issues of imitation and trojan apps in official app stores and the emergence of the massive WireX mobile botnet.

The Enterprise Mobility Conundrum: How to Control the Data? 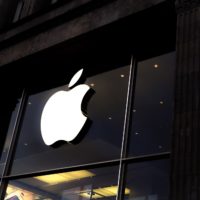