In late January, Google revealed that it took down over 700,000 bad apps from Google Play during 2017, a 70% increase compared to the previous year. 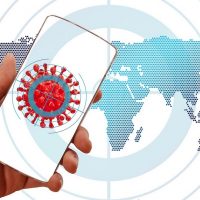